Moscow is the capital of Russia. In 1156, Prince Yury Dolgoruky erected timber walls around Moscow, and a moat. He is generally regarded as a founder of Moscow, and his monument is among the most honoured in the city.

Murmansk is a Russian seaport and the capital of Murmansk region in the Northwestern Russia, lying 200 km north of the Arctic Circle, on the eastern shore of Kola Bay, 48 km from the ice-free Barents Sea. Murmansk is the world’s largest city located above the Arctic Circle.

Arkhangelsk is a regional center in Northwestern Russia, located on both banks of Northern Dvina river near its inflow into the White Sea, about 1100 km to the north of Moscow.

Kaliningrad (former Koningsberg) is the Russian exclave on the Baltic Sea, annexed from Germany in 1945 following World War II. It is the administrative center of the westernmost region of Russia, completely separated from the rest of the country by hundreds of kilometers, land borders with Poland and Lithuania, and international seawaters.

Kazan is one of the largest cities in Russia, and more than a million people call it home. Kazan is considered one of the cultural and economic centers of the Volga region. Kazan was founded more than 1000 years ago by the ancient Bulgars at the intersection of trade routes between Europe and Asia.

Sakhalin Oblast is a region of the Russian Far East, completely located on islands, with a capital in Yuzhno-Sakhalinsk. The region is washed by the Sea of Okhotsk, the Sea of Japan and the Pacific Ocean. Sakhalin is one of the largest islands in Russia, stretching for 948 km from north to south and separated from the mainland by Tatar Strait. The archipelago of the Kuril Islands stretches for 1,200 kilometers from north to south, between Kamchatka and Hokkaido.

Nizhny Novgorod city is the most economically-progressive and reformist in Russia. The history decreed that the city should be the “heart of Mother Russia”, situated as it is in the very center of the European part of the Russian Federation, on the banks of the River Volga.

Sochi is Russia’s largest and most popular resort region. Stretching 147 km along the coast of the Black Sea, it offers the modern infrastructure and unique environment of a subtropical city with the towering Caucasus Mountains reaching skyward to miles away. In Sochi, you will be sunbathing in the subtropical seaside weather and enjoying slope time in the mountains all just 45 minutes apart with the most convenient transportation
system. On the map, Sochi can be found on the same latitude with Toronto, Nice, and the Gobi Desert. As its charming landscapes and scenery are so reminiscent of the Mediterranean, Sochi is often referred to as the Russian ”Riviera”.

Astrakhan - is the capital of the Astrakhan region, and the oldest economic and cultural center of the Caspian region. It is located about 1,400 km southeast of Moscow, stretching along the Volga River coast for more than 45 km on 11 islands, connected with a large number of bridges.

Ekaterinburg city, capital of its region, East European Russia, in the eastern foothills of the central Urals, on the Iset River. One of the largest cities of the Urals, it is an air and rail junction (a western terminus of the Trans Siberian RR) and a leading industrial, scientific, and cultural center.

Irkutsk was founded in the 1661 as a fort to colonize Siberia. It was the main Russian fort behind the Ural Mountains, so it was there that all expeditions to colonize Kamchatka and Alaska began. The city is an important administrative, economic, business, scientific and cultural centre of Eastern Siberia.

Krasnoyarsk is the largest industrial and cultural centre of Eastern and Central Siberia, and capital of Krasnoyarsk krai (territory), the second largest region in Russia. It was founded in 1628 by Cossacks at the confluence of the small River Kacha and the mighty Yenisei.

Sometimes called the capital of Siberia, Novosibirsk is Russia’s third largest city after Moscow and St. Petersburg, a modern, vibrant city, and a business, cultural, industrial, scientific, and trade center. During the Second World War, a large number of industrial enterprises were evacuated to Novosibirsk, and many of them stayed on in the city.

The city’s name in Old Russian means: “Rule the East”. Seaport and administrative center of Primorsky Krai (region), extreme southeastern Russia. The town was founded in 1860 as a Russian military outpost.

Yakutia (or the Republic of Sakha) is the largest administrative and territorial subdivision in the world, and occupies one-fifth of Russia’s territory. The Pole of Cold is situated in the Oimyakon region, with the lowest registered temperature of minus 71.2 °C. Summers in Yakutia are short, dry and relatively hot (up to plus 40 °C).

Salekhard is the capital of Yamalo-Nenets Autonomous District, the largest gas-producing region in the world. It is the only city in theworld located on the Arctic Circle; midnight sun (also known as the polar day) occurs from 7 June to 7 July.

Petrozavodsk is the capital of Karelia region, the land of forests and lakes in the northwestern part of Russia. The city was founded in 1703 by Peter I the Great on the western shore of Lake Onega, the second largest lake in Europe, as an ironworks to supply ordnance to St. Petersburg, his new capital. Its modern industries include engineering and timber working.

Kamchatka Peninsula lies in the northeast of the Russian Far East, washed by the Pacific Ocean and Bering Strait to the east and the Sea of Okhotsk to the west, with an administrative centre in Petropavlovsk-Kamchatsky. “The Land of Volcanoes”, as they sometimes call it, is a wilderness of spectacular coastal bays, bubbling geysers, brown bears and snowcapped peaks and steaming volcanoes, roughly the size of Germany, Austria and Switzerland put together. 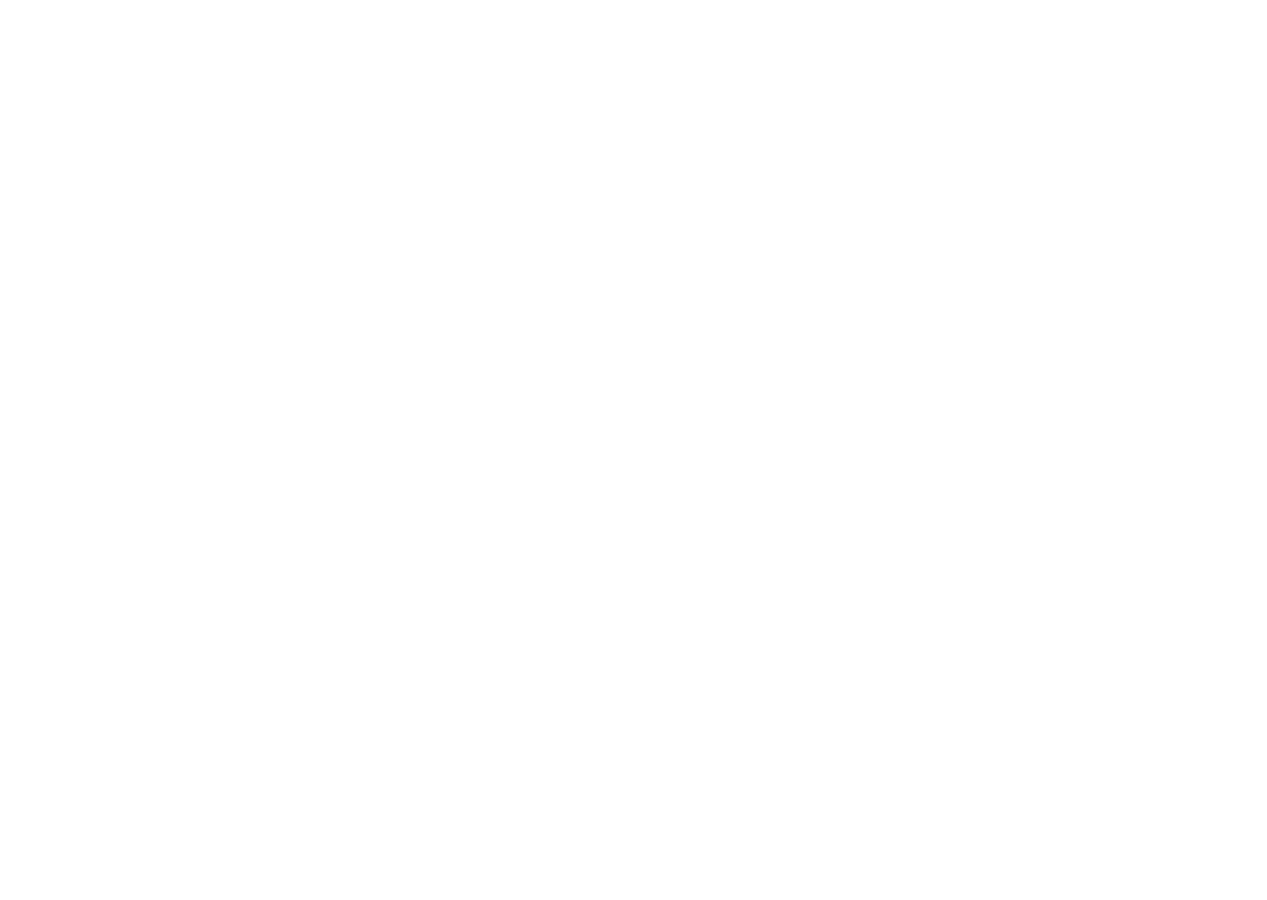 Russia is the world’s largest country, covering 17075.2 million sq. km. There are 1030 cities and 2153 conurbations. It is located in the eastern part of Europe and the northern part of Asia. Capital of Russia is Moscow. The state language is Russian, other languages are spoken in various regions.

Religions are Orthodox Christian, Islam, Judaism, and Buddhism among others. Russia is a country with tradition and culture stretching back to the early first millennium. Some of the most famous architectural, historical and cultural monuments in Russia are included in the UNESCO list of Universal Heritage Objects. Russian territory is vast, with many zones of much interest.

Adoption of new state regalia of the Russian Federation came after a declaration of independence by Russia upon disintegration of the Soviet Union.

The informal symbolic explanations of the flag’s colours is white for peace, cleanliness, purity and perfection; dark blue for belief, fidelity and constancy; red for energy, might, and blood shed for the fatherland.

The gold, two-headed eagle goes back to images on monuments from the days of Peter the Great. Above the heads of the eagle are three historical crowns symbolising in new conditions the sovereignty of all the Russian Federation and its subjects. In its claws, a scepter personifying the government and the uniform state.

On its breast, the image of a horseman with a dragon spear. It is one of the ancient symbols of the struggle of goods with evil, light with darkness, and protection of the fatherland. Restoration of the two-headed eagle as state emblem personifies indissolubility and continuity of domestic history.